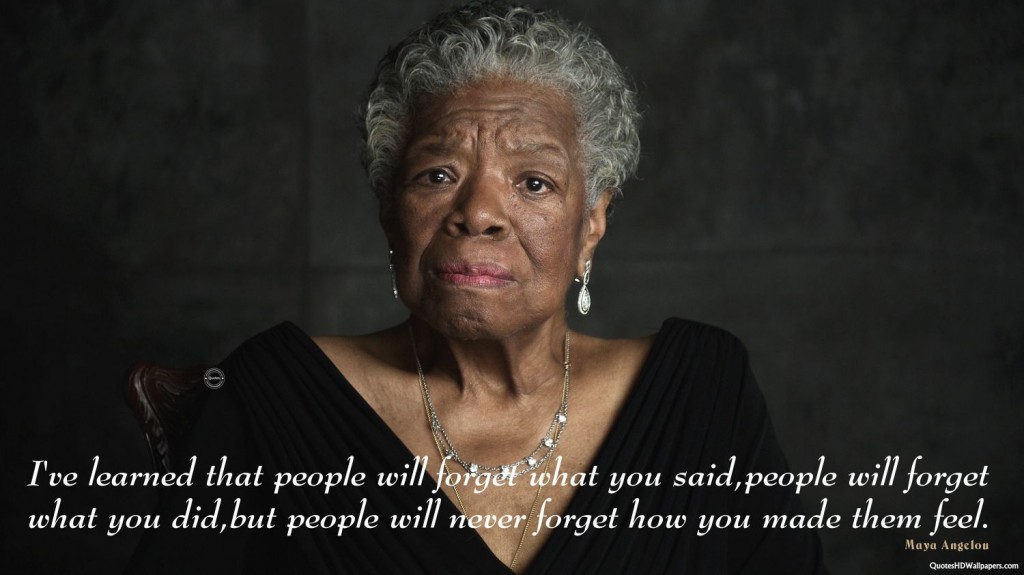 This week we lost an inspiration.

In the death of Maya Angelou we lost so much.

But more than all that we lost a woman who to the very core of her being epitomized courage.

Recently I’ve been struck about how important and necessary courage is. We don’t often talk about it but many people have to be courageous every day of their lives.

Maya experienced a world that was brutal and unjust. As a child she was subjected the most terrible experience – being raped by someone she should have been able to trust. Then watching that man be killed and believing it to be her fault she was mute for almost five years.

But despite this – and many other terrible experiences – through her writing, teaching, activism and art she showed us how to live life infused with hope. To live a life that believed for better.

Through her writing she spoke into being a world that was better than the one we often experience. She enabled us to dream for a better tomorrow than the world we experience today. Through her own example of fighting against the odds, she gave us the courage and hope that we too could overcome all that life throws at us.

So embrace hope and courage. And know to the very core of your being that they are the ‘fuel’ for a life well lived.

RIP Maya Angelou you taught us all so much.

2 thoughts on “A TRIBUTE: COURAGEOUS TO THE CORE”

Hello. A bit about me…

I am passionate about authentic, visionary leadership.

I’m committed to wholehearted living and believe we can change the world if we try.

I am a creative marketing consultant with The Drummer Agency. I’m a highly motivated and capable professional with extensive leadership experience, relationship management skills, marketing expertise, and event management experience.

I live by the sea. I enjoy drinking coffee, wearing Converse, hanging out with my family and friends, and watching films.

The stuff I blog about