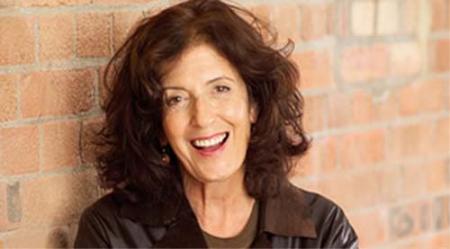 I love being a woman, I always have.  Ever since I was a small child, I’ve loved the fact that I’m female.  I was fortunate to be born into a family that celebrated women and believed that women could do anything.  This was just as well because early in my childhood my mum discovered that she was going to have to do just that – anything and everything.

My mum is one of my heroes.  She’s a straight talking East Londoner who calls a ‘spade a spade’.  She’s comfortable with having an opinion, finding the right words to express herself and is comfortable if you don’t agree with her.  It wasn’t until I was much older that I realised how amazingly freeing this ‘life lesson’ was. I’ve found that knowing that you have the right to an opinion is a powerful tool to yield in life.

When I was growing up, as much as I loved being a girl, I also loved doing things that were usually associated with being a boy.  Most of my childhood, I could be found climbing trees, making dens, playing on building sites and riding motorbikes.  In fact, for quite a few years every Sunday I’d spend my day at a motocross track racing around it trying to win.  Another amazing ‘life lesson’ I didn’t know I was learning. On that track I found out that being a girl didn’t matter if you good at riding a motorbike. Winning wasn’t about gender it was about skill.

These life lessons framed my childhood – they spoke loudly and clearly into my young soul.  They defined much of what I’ve become as an adult and as a leader who also happens to be female.  I grew up believing in equality, justice and freedom.  I believed in them because every day I experienced and lived in the fullness of each of them.

And just in case after reading all that you think I had an idyllic childhood I, like many of you, only knew what idyllic meant because we read books about the ‘Famous Five’.   My mum went back to work when I was about 4 months old, she always had to work full-time which meant that I often came home to an empty house, my parents separated when I was 9 which wasn’t at all commonplace when I was a kid and, then, when I was 16 years old three members of my immediate family, including my dad, died of cancer in the space of just six months.  Life was far from idyllic. But I became the person I am because of my circumstances not in spite of them.

I totally believe that the most powerful words you hear are the words you say to yourself.  Growing up the words I said to myself were incredibly powerful and very simple. My constant internal monologue was: ‘Be good, be kind, try your best. You can do it Beechy.’  I cheered myself on with these words while throwing myself at life at full speed (often on a motorbike).

The late, great Anita Roddick, founder of the Body Shop, used to say: ‘To succeed you have to believe in something with such a passion that it becomes a reality.’  I love Anita Roddick but, contrary to popular opinion, she didn’t start the Body Shop to build a global brand and change the world while doing it.  Her aspirations were much more meaningful than that: she started the Body Shop so she could feed her children while her husband was trekking across the Americas.

The trouble with quotes like this is that we use them to define what success looks like – especially if we hold some leadership responsibility which clearly we all do because we’re women and that’s what us women do!  So if doing something like starting the Body Shop feels beyond your reach right now celebrate every success you have in life no matter how big or small you think it is.

After all, when Anita Roddick, one of the UK’s most successful business entrepreneurs ever, started  out she thought that being a success was about making enough money to ‘put food on the table.’  And if that was good enough place for her to start, it’s probably good enough for us too.

This article was first published in Liberti Magazine.

Hello. A bit about me…

I am passionate about authentic, visionary leadership.

I’m committed to wholehearted living and believe we can change the world if we try.

I am a creative marketing consultant with The Drummer Agency. I’m a highly motivated and capable professional with extensive leadership experience, relationship management skills, marketing expertise, and event management experience.

I live by the sea. I enjoy drinking coffee, wearing Converse, hanging out with my family and friends, and watching films.

The stuff I blog about